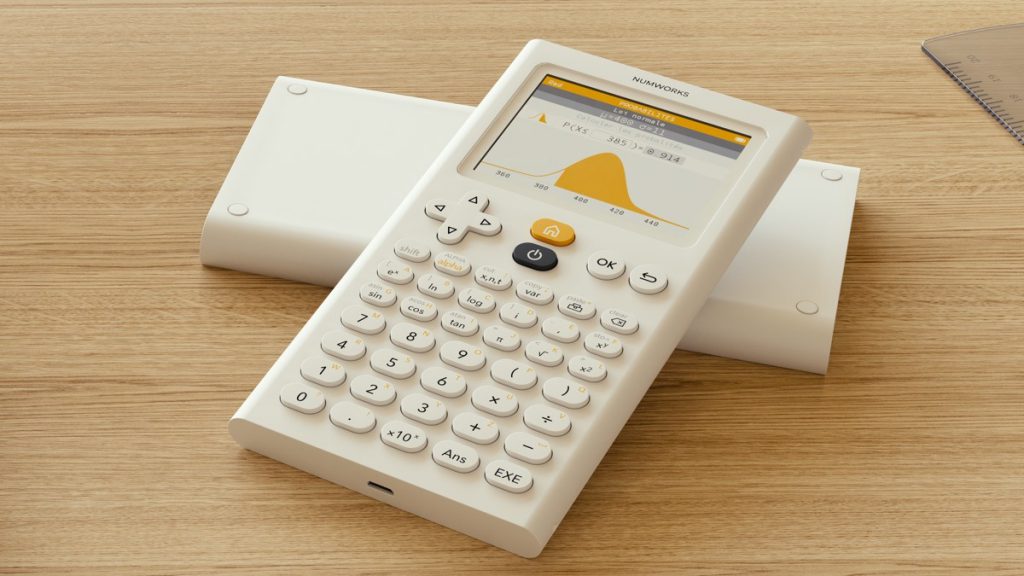 What is it and how does it work?⌗

This quick review of my unit starts off with a short story “Numworks about Numworks”.  There is an online simulator of Numworks. It has all the same functions as the physical device.

_Targeting a high school audience and competing with Texas Instruments’ Ti-_nspire family, the NumWorks calculator is equipped with a non-touch color LCD2.

It offers a programmable interface in Python. Launched in France in the summer of 2017, the NumWorks calculator was quickly sold to several thousand students among French high schools, mainly thanks to a fine design, Python interface (programming language whose learning is mandatory in secondary education in France), the recommendations of many teachers and the creation of a community of users offering various applications online. The calculator is announced in open hardware (“open hardware”, schemas and plans are available) and under open source with a Creative Commons BY-NC-ND4 license.

This is a calculator that has a great design and Python build into the OS. Updating is easy, just a modern webbrowser with webUSB. The device runs on a 100 MHz Cortex-M processor. It’s lightning fast and the fun part… it runs Python! With software on GitHub and the community on Reddit makes for an impressive online presence. Repair is easy! The entire process in terms of hardware is open source, The level of documentation is impressive. It’s excellent. This is what documentation should look like. Did I already mentioned that it runs Python?

Why do you need it⌗

Great design, build with durability from the beginning and it can be upgraded. It has all the functions of a regular calculator and it can be programmed without much extra training.

It runs Python, had a USB connection and utilizes webUSB for updating. The calculator runs the core uPy and can be programmed with a computer. Or if you are up for a challenge… with the ABC-keyboard on the device. I’ve written a small script to return a random value of a dice.

The example can also be found here

Read other posts
← Understanding Music and taste better e-Estonia. Looking at others is confronting to yourself. →